FIRING UP & SHUTTING DOWN

Electrophorus Lamps require some warming up time and certain maneuverers in order to fire up and run properly.

Despite the fact, those kind of Thermo lamps are of electrical nature, they do not run on batteries, neither require any electricity for start up. They totally “pull themselves up by the bootstraps” , just by the heat a feeble flame would provide.

Special care has been given to curcuit design (sequencing power consuming parts operation) and components selection so as the energy required for a sucessful start-up is around 150 mW.

Firing up Electrophorus has 3 distinct steps.

STEP 1: Lifting the generator to Ignition position (all way up) and latch it to place. Expose a bit of wick, and using a match or a hose lighter light it. The adjust it to size. Rule is NOT to SOOT

STEP 2: Lowering the generator to Warm up position. Unlatching from higher position and latch to medium position for a time of aprox 2 minutes

This should be so, because, when the lamp is inactive, burner fan does not operate and in fact is an obstacle to natural airflow that flame needs. Nevertheless, in this compact generator design the “chimney effect” for creating airflow is minimal and into the warm  up position, the generator maintains a gap upon the burner for letting air getting in.

During warm up, burner gets hot, fires gets bigger. Again, adjust wick for as bigger flame size possible and still Not to Soot.

After a little, anytime the generator is about to become operational and the burner fan to kick in. This produces a kick of flame if burner fan is preset to a higher adjustment. Better have it all way down, and when circuit becomes operation, ramp it up slowly and lowering wick in the same time.

STEP 3: Unlatching and lowering generator to Operational position (resting position)
In this position, the generator is seated on the burner and the airflow circuit is sealed. It must be noted, that the burner fan, not only provides air to the flame, but also “pushes” flue gases out. This is very important for having a generator run smoothly and unaffected by the ambient air turbulences. 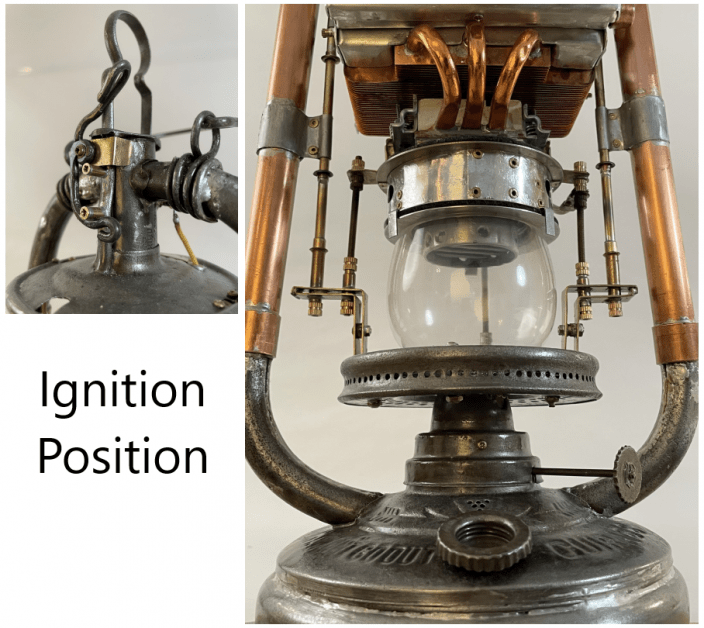 Ignition PositionGenerator pulled all way up and latched into place 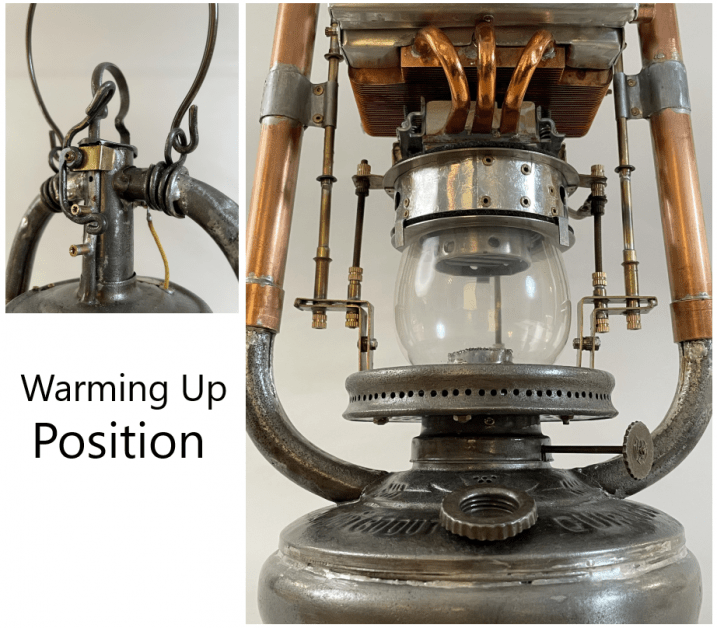 Operating PositionGenerator in resting position on the burner. 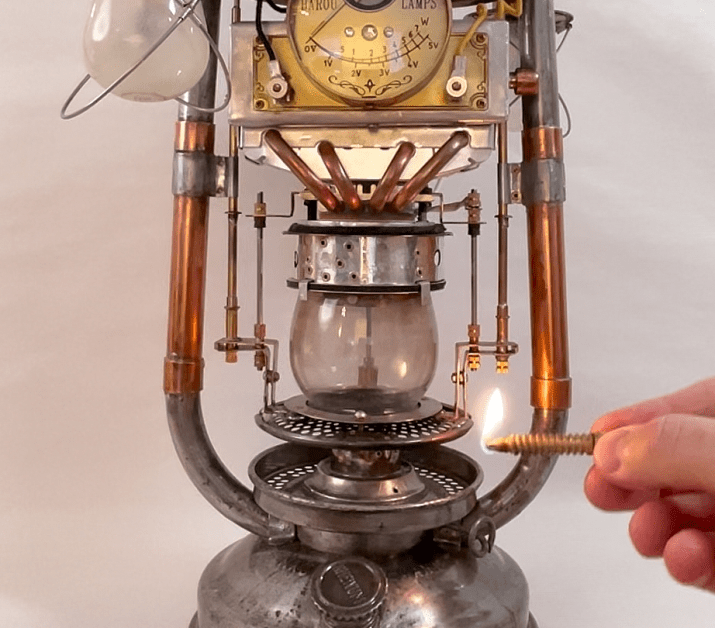 Shutting down the lamp safely is a matter of 3 minutes approximately. The steps are:

STEP 1: Turn wick down to minimal flame size (1/4 inch). Do not extinguish flame. Wait to cool down to 1 1/2 watts generator output.

STEP 2: Turn air all way down, and by turning a bit wick controller even lower, flame should go totally out in few seconds.

Be sure the flame is OFF but turning wick all way up. You do not want a smoldering flame.

The video below illustrates best practice for having the flame extinguished and without unpleasant odors. 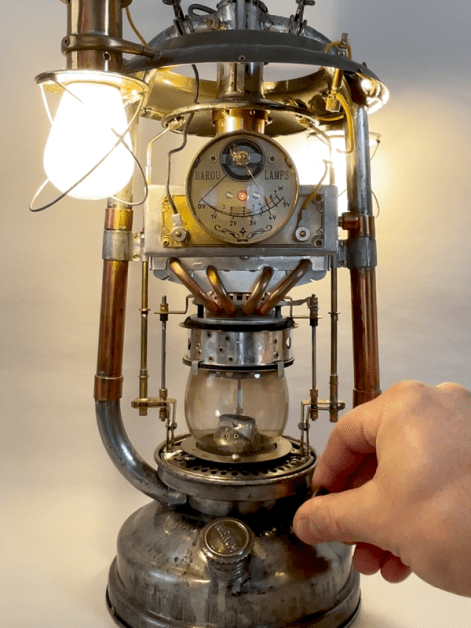